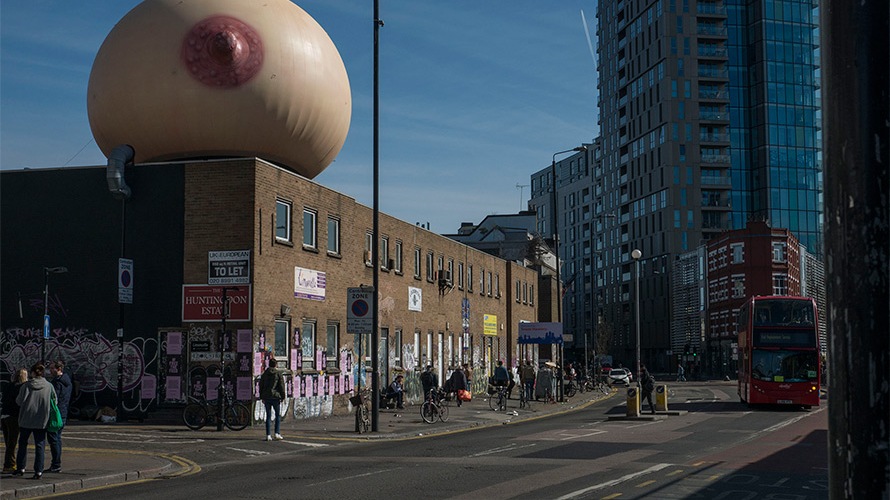 Grey London has re-established itself as Valenstein & Fatts (the surnames of its two Jewish founders) as a call for diversity for the next 100 days.

It’s 1917. New York is booming. Two young Jewish entrepreneurs, Lawrence Valenstein and Arthur Fatt, set up a company. But anti-Semitism is rife. Their names could cost them business. So they call it Grey, after the color of the wallpaper.

Great idea ~ hopefully it will actually make an impact.

And recently Mother London also made a strong statement—about women feeding their children in public— by creating a giant inflatable boob and placing it atop a building.

London Agencies are killing it!